This stone was originally a grinding wheel that would of been set on a bench and used for sharpening knives and tools. Grindstones usually had a cranked handle fixed through its centre which, when turned, controlled the speed of the grinding stone during the sharpening process. Other wheel stones were powered by water and its operator would lie on a plank of wood above whilst sharpening tools. This gave rise to the saying ‘nose to the grindstone’. Crank operated grinding stones are first recorded in Europe in the year A.D. 834 although much earlier versions are known to of existed in China. 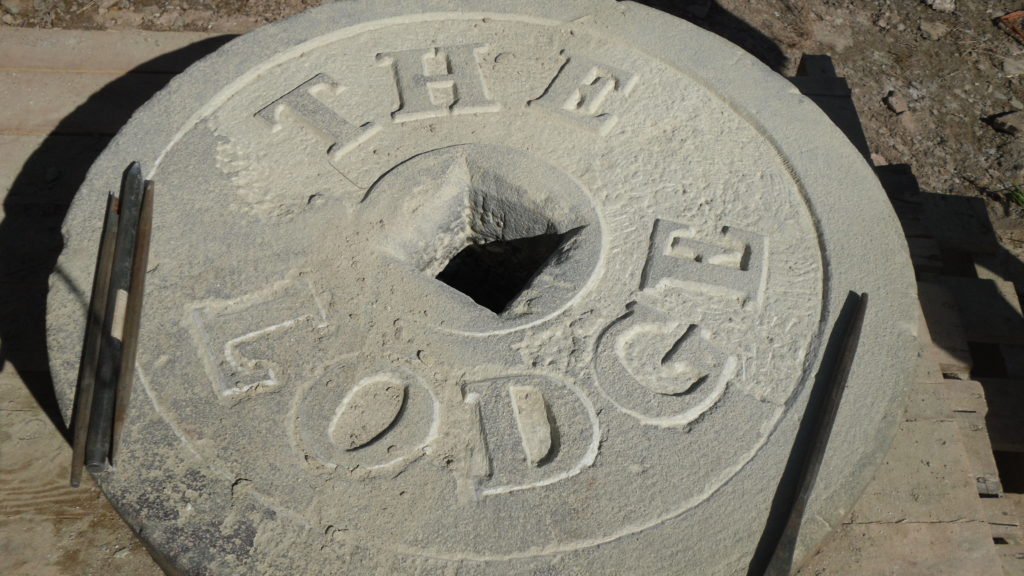 Grindstones come in a variety of sizes but this stone is approximately two feet wide (600mm), about nine inches (225mm) thick and made from sandstone. We carved the letters in ‘bas -relief’ using fire sharp chisels. It’s now set into a new retaining wall we built in front of a log cabin style building within the grounds of a medieval manor complex. It was found lying in a nearby stream and was told that it had been in the stream for at least sixty years! You can read more about this grinding stone if you click here.