The Grade II listed Town Hall and its adjoining Library in Torquay, Devon were both built during the early 1900’s and constructed in two phases. The first phase was the Carnegie Public Library between 1906-7, and the Town Hall itself was built between 1910-11. It is English renaissance in its architectural style. The block of buildings were erected at a cost, back then, of £30,000 with local materials obtained from the nearby quarries at Barton, Beer, Ipplepen and Ashburton which were used throughout its construction. Both buildings were designed by the same architect, Thomas Davison of London. It was actually opened in August 1913, with the foundation stone having been laid two years before. During the First World War, the town hall was used as a Red Cross Voluntary Aid Detachment Auxiliary Hospital for wounded service personnel. Nursing staff included the famous novelist, Agatha Christie, who arrived here in 1914. 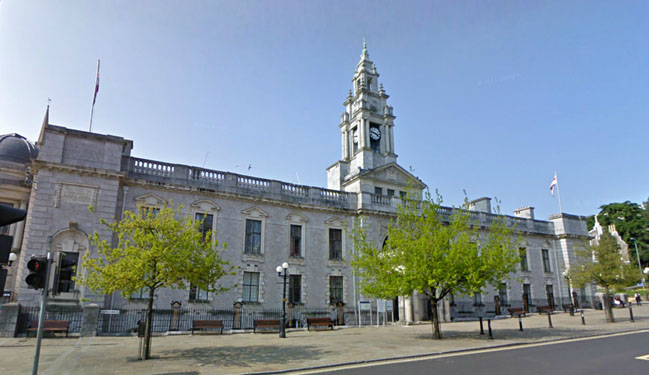 This was one of the first stone cleaning projects we were asked to undertake during the 1970’s, along with various repairs to the stonework. Once the scaffold was in place work soon got underway. 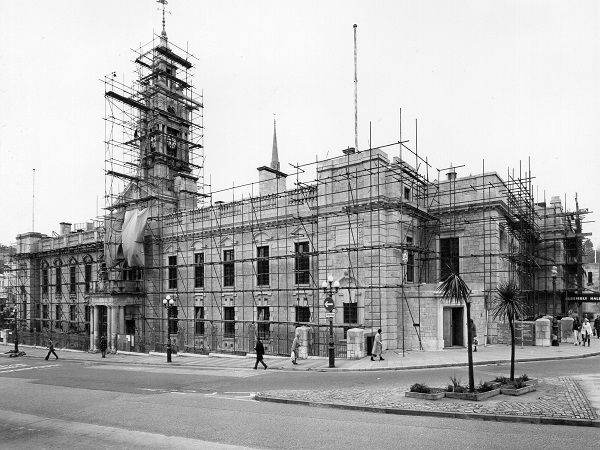 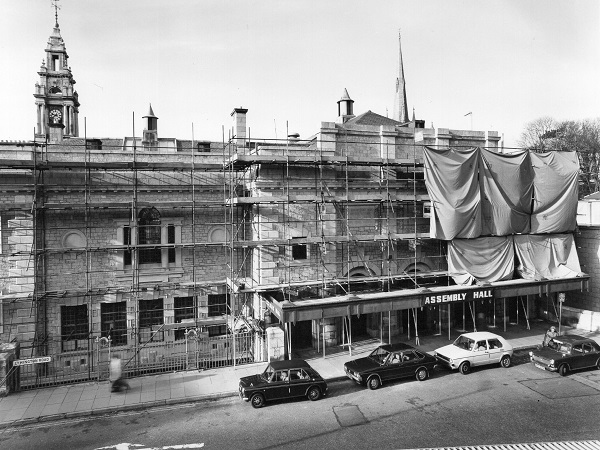 The building was cleaned by means of jet washing. 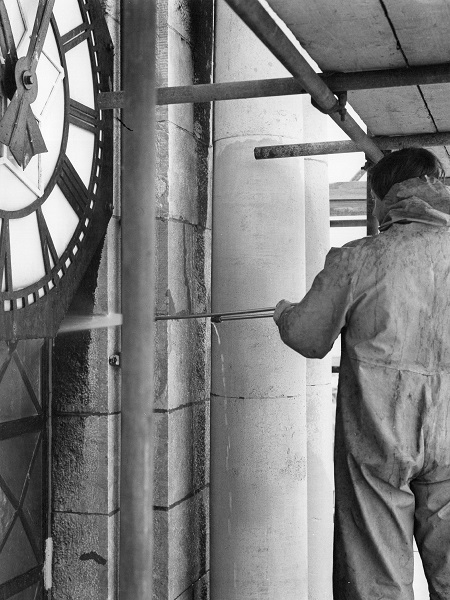 After which repairs were carried out to the stone facades. 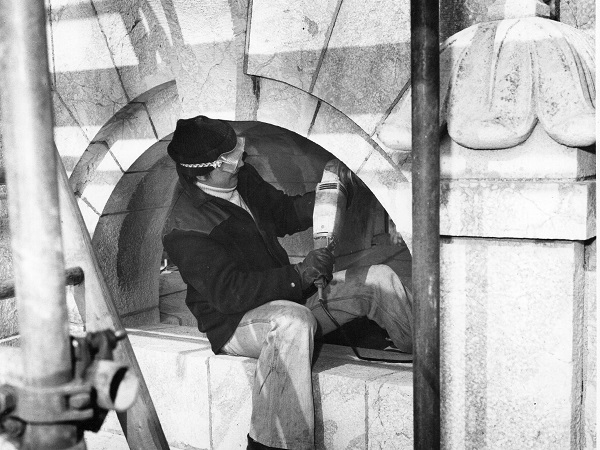 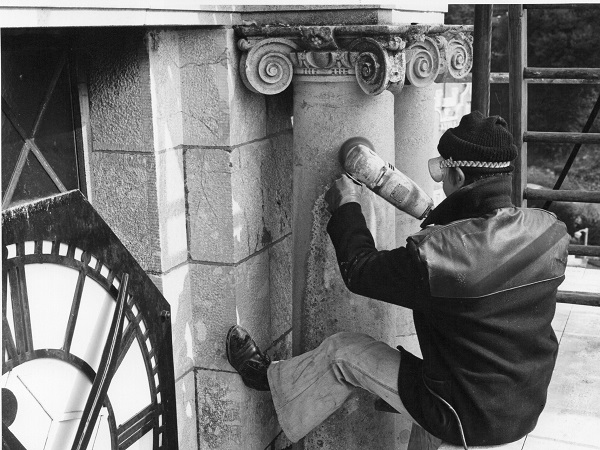 Including repairs to the finer details which had eroded over time using a Beerstone repair mortar. 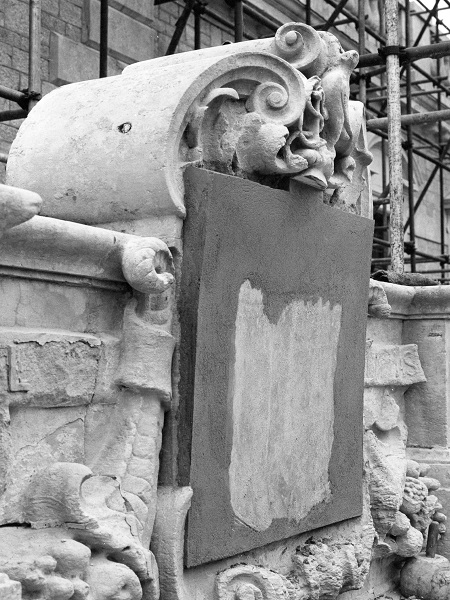 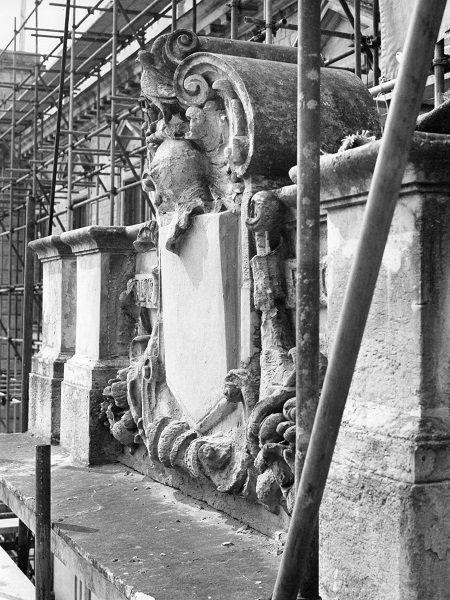 Andrew Carnegie was the son of a poor Scottish weaver. Brought to the United States by his family when he was 13 years old, he eventually became one of the richest men in America. He believed that by setting up free public libraries would provide opportunities for self education and enable the poor to break free of their poverty. 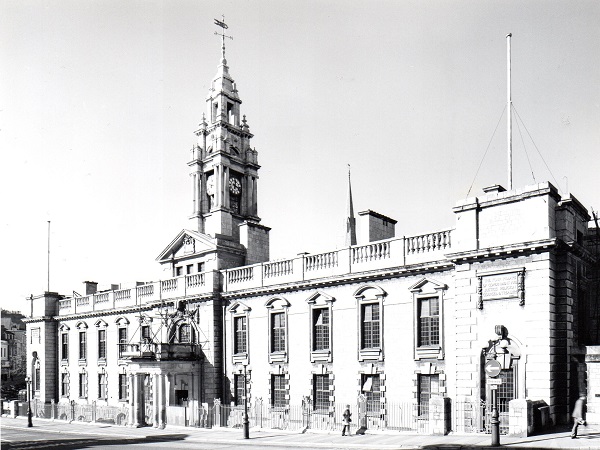 Between 1881 and 1917, Carnegie spent over $56 million building 2,509 libraries throughout the English speaking world. 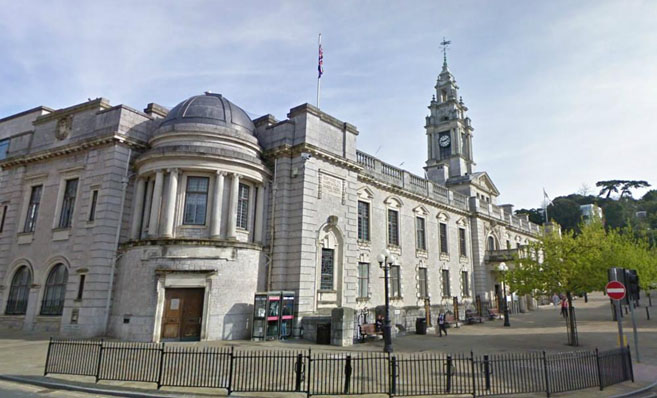 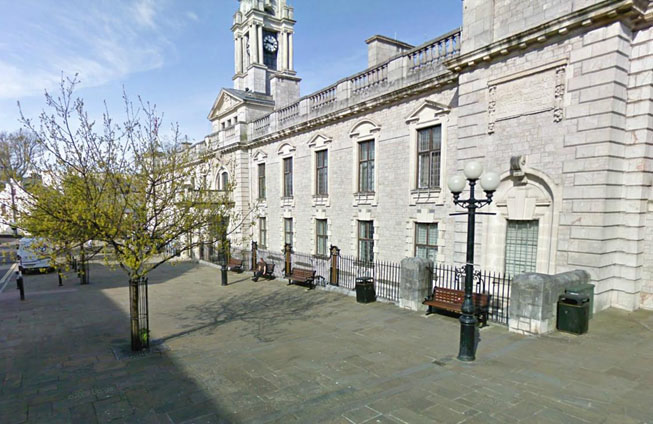 He donated the sum of £7,000 to the people of Torquay on condition that the Corporation gave the land for the building of the library and that they added a further £1400 to his original gift for the purchase of books.