The Wilts & Dorset Banking Company Ltd was founded in 1835 and did not open a branch in Plymouth until 1885. In 1888 they bought Harvey’s Hotel and the site was developed into new bank chambers. The Wilts & Dorset Bank was acquired by Lloyds Bank in 1914 and served as a bank for them up until the 1950’s. 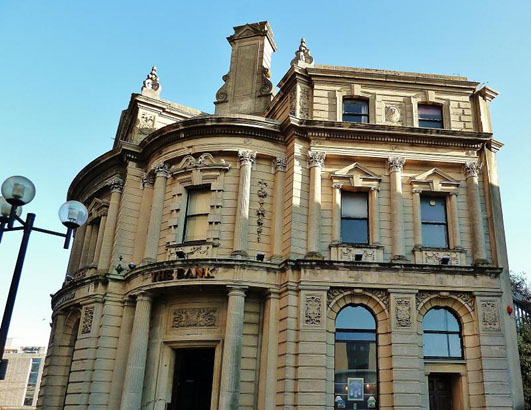 In 1888 the architect who had the task of designing the new chambers for the Wilts & Dorset bank was George Michael Silley of The Strand in London and on completion received many compliments. As principal architect, Silley had built or altered numerous buildings for the Wilts & Dorset bank. The Italianate style building was constructed on a base of granite with the frontage in richly ornamented Bath stone and Portland stone capitals to the fluted columns around the building. The contractor was George Shellabear of Plymouth. In 1982 the Halls, Oxford & West Brewery acquired this Grade II listed building situated at the bottom of Royal Parade opposite Derry’s clock, and converted into the pub that we see today. 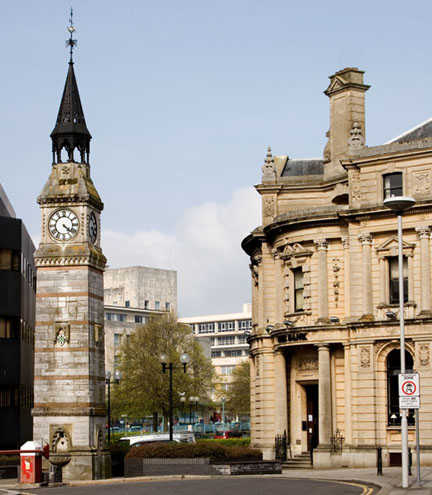 And it was during this refurbishment that we were contracted to carry out all the stone cleaning to the external elevations.