Situated at the head of the Yealm estuary, Kitley House can trace its five hundred year old history back to the Tudor times. Believed to of originally been built sometime between 1457 and 1509 by Thomas Pollexfen (pronounced Poulston) during the reign of Henry VII, it continued to be their ancestral home until Edmond Pollexfen died in 1710. It was then that Anne, the heiress to the Kitley Estate, married William Bastard of Gerston Manor, an Estate near to the Kingsbridge estuary. The Bastard family can trace their family history back to 1066 during the times of the Norman conquest. 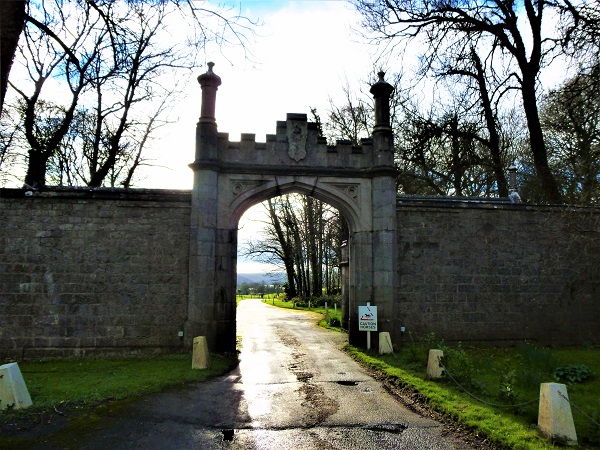 Drive through the archway leading onto the Estate and down the one mile driveway, it will eventually take you up to the entrance of the main house. 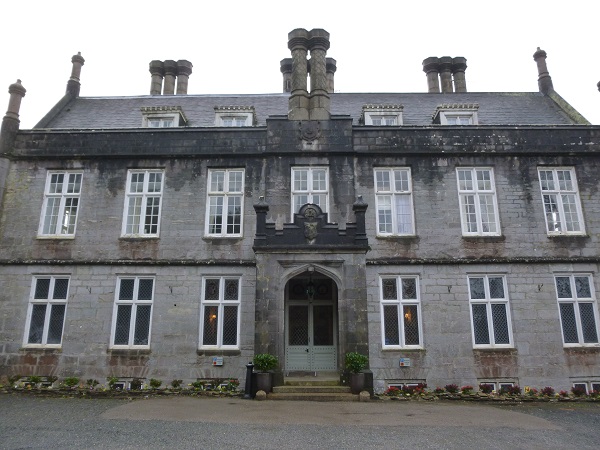 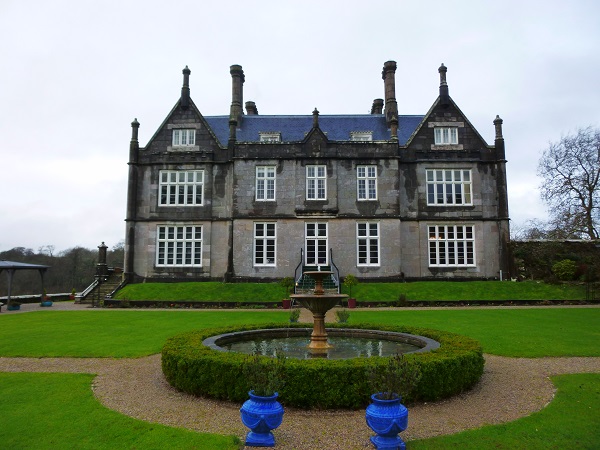 The present house was remodelled by the Bastards in the 1820’s from the previous house of 1710, and that in itself had been rebuilt from a house that stood here during the 16th century and traces of the original house can still be seen here in the basement. Built from granite and Plymouth ashlar limestone, the house is Tudor/Jacobean in its style of architecture and has been listed as Grade I by English Heritage. 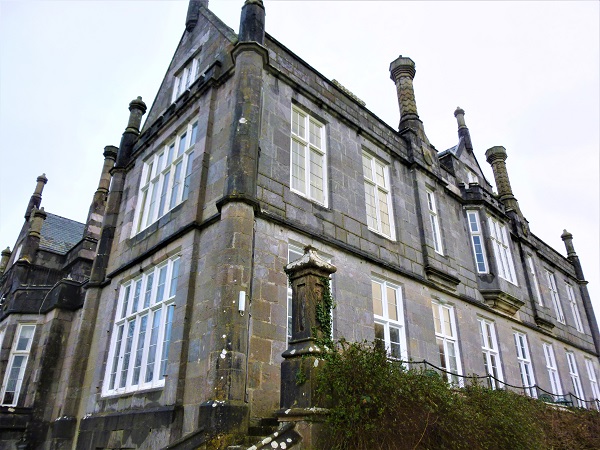 In 1783 Lt. Colonel Edmund Bastard married Jane Pownoll who inherited a fortune from her father Philemon Pownoll. Her father, a captain in the Royal Navy, had captured the Spanish galleon ‘Hermione’ during the Anglo-Spanish War in 1762 and claimed its cargo. His share of the prize money amounted to the sum of about £65,000 which equates to almost nine million pounds in todays money. The overall amount captured totalled, in those days, to over half a million pounds and that would be more than £70 million today. It’s possibly the largest haul ever claimed. 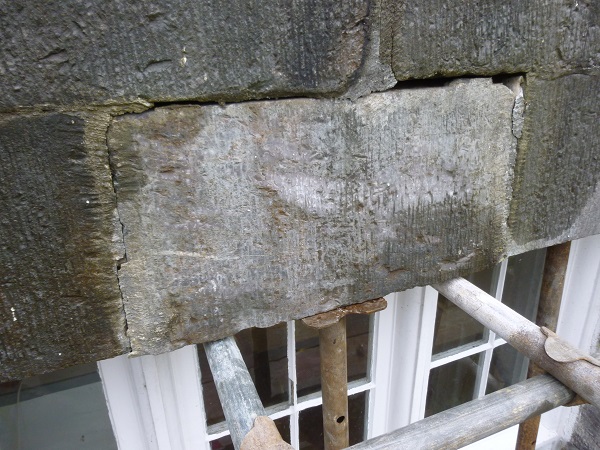 The house today is still owned by the Bastard family but is operated as a country hotel. The hotel management contacted us to take a look at one of the arch stones over a window which had dropped. They were concerned that it would fall out completely and in turn cause further damage. After an initial inspection a scaffold was put in place and the dropped arch stone was propped up from underneath. To be extra sure the stone could not drop further, a couple of scaffold tubes extended out under the arch stone itself. 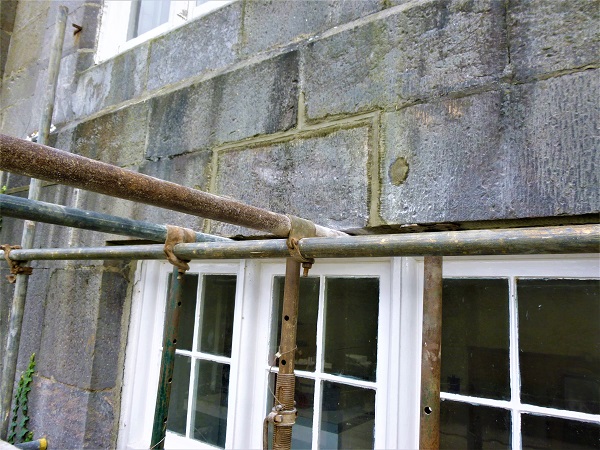 The lime jointing around the stone was then carefully cut out to the full depth of the stone. This then enabled us the jack the stone back up to its original position. 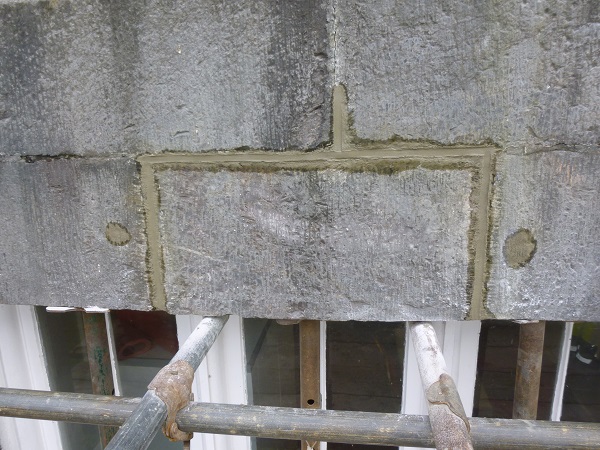 Two holes were drilled at an angle through the adjoining stones and into the arch stone. Non ferrous dowels were inserted and fixed with epoxy. Once this had set the jointing and the drill holes were re-pointed using a traditional lime mortar. This would ensure the stone could not drop again in the future. 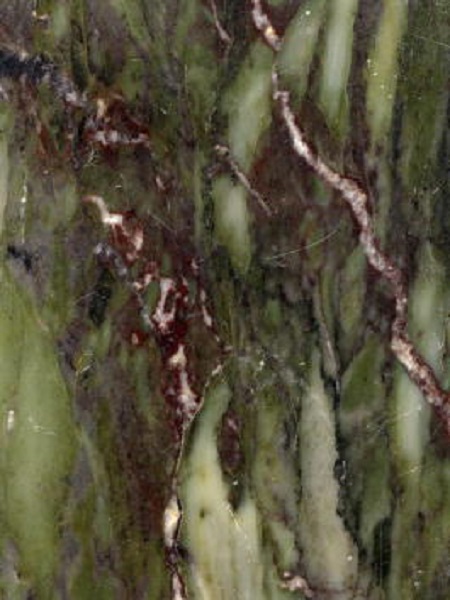 On the Estate roughly half a mile away to the East of the main house is a plantation, here you will find a small quarry where ‘Kitley Green Marble’ was once quarried. During the 18th century, blasting within the quarry uncovered some caves. Finds within the caves included artifacts from the Stone Age and the Bronze Age along with 6000 year old human bones. The caves became a tourist attraction but closed to the public in 1999. 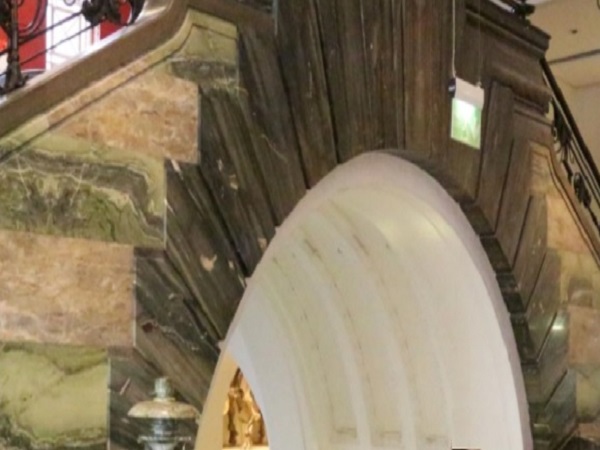 Marbles are rare in the British Isles and green is rarer still. Examples of this rare marble have been used in the Brompton Oratory in London and also in London there is an ornamental arch constructed of Kitley Green in the ‘Earth Galleries’ of the Natural History Museum. Kitley House has been host to several famous people over the years, the painter Sir Joshua Reynolds and Dr Samuel Johnson the writer to name a few, but the house is most fondly remembered for Sarah Catherine Martin. She was aunt to the Pollexfen-Bastard children and penned the famous nursery rhyme ‘The Comic Adventures of Old mother Hubbard and Her Dog’ in 1804. It’s assumed that the character of Old Mother Hubbard was based on the housekeeper.