Rollis Park is situated in the quiet village of Oreston, Plymouth. Our client had bought some re-constituted Portland stone balusters, plinths and copings from a reclamation yard. 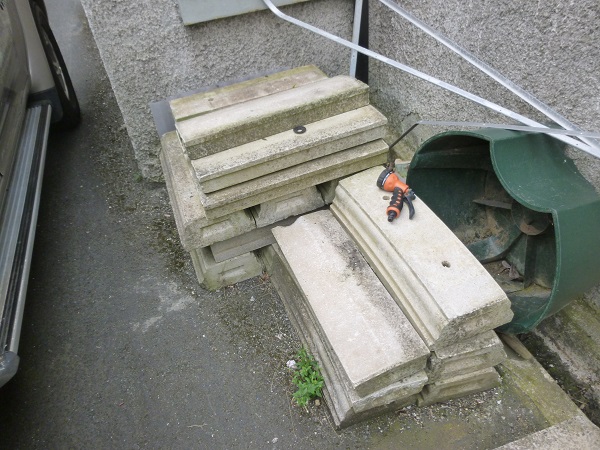 These were to be fixed along the top of a brick retaining wall with a set of steps that had already been built in the rear garden. 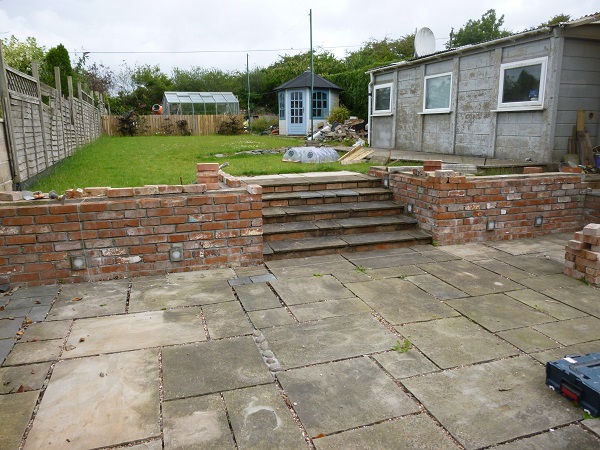 We had to build a couple of courses of brick to the wall first and also corner piers in reclaimed brick in order to bring the wall up to a suitable level for the plinths to go on. Once the plinths were set in we could start fixing the balusters. 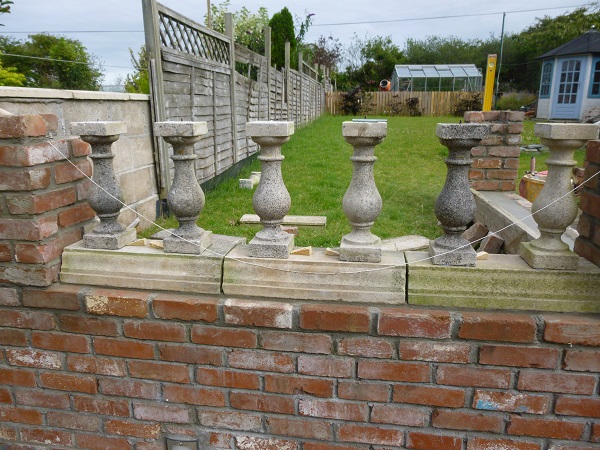 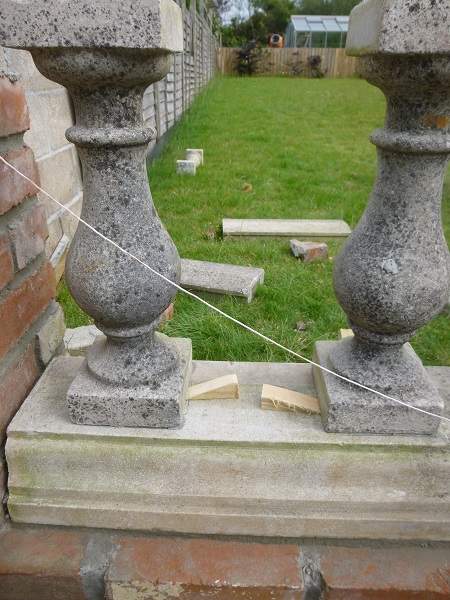 Each baluster is measured for position then it is fixed in place along the plinth with epoxy resin and wedged upright until the resin sets. 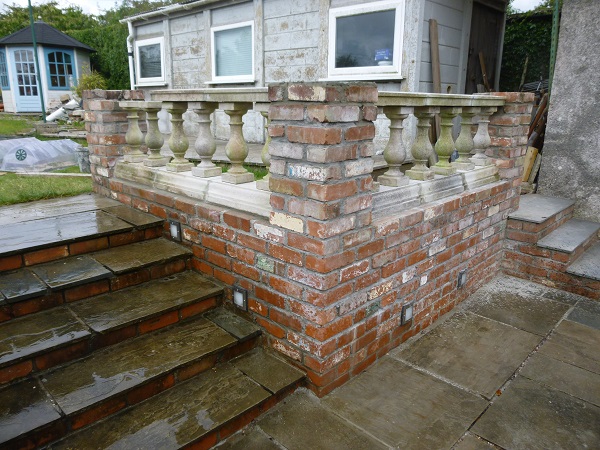 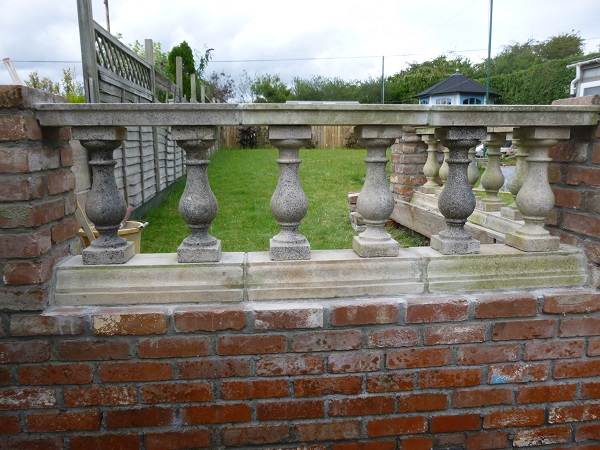 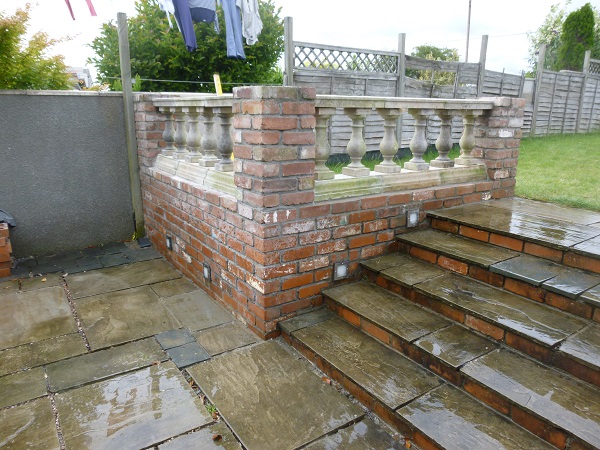 When the balusters had set the copings could then be fixed, again these were fixed with epoxy resin and also tied into the brick piers to stabilize everything together. All the joints are then pointed in with a lime mortar to match the Portland stone colour. 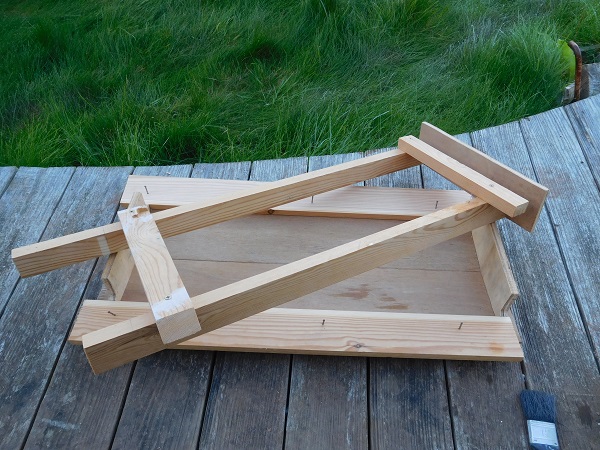 We were one coping short to finish the job, so a wooden mould was made to the exact measurements and profiles of the original copings. 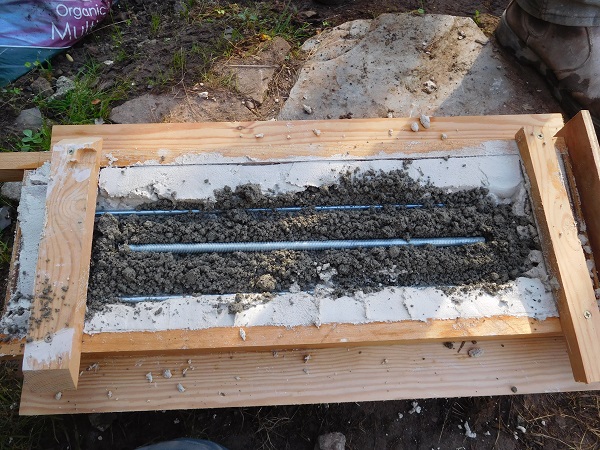 A mould release agent was applied to the bare wood and a Portland stone mortar mix was made up and placed in the bottom and up the sides of the mould. A fine aggregate concrete was then applied to make up the core of the new coping, and non ferrous threaded bars were cast in to re-inforce the coping. 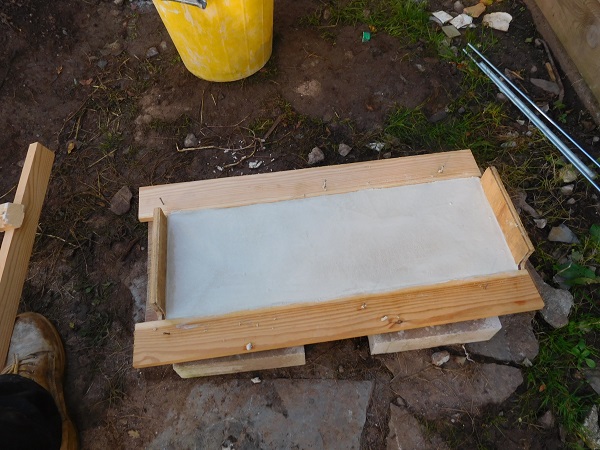 Finally the Portland stone mix was applied on top as this would form the bottom of the coping and this could be seen once fixed. 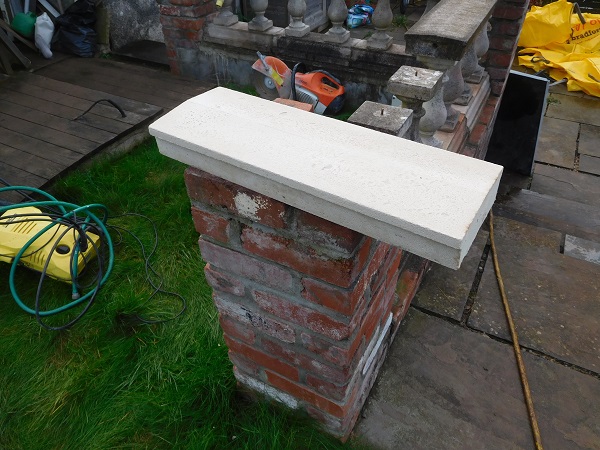 After curing for a few days the mould was stripped and the new casting revealed. 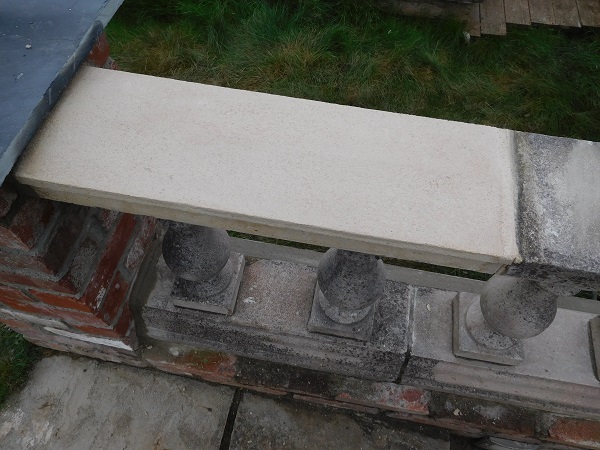 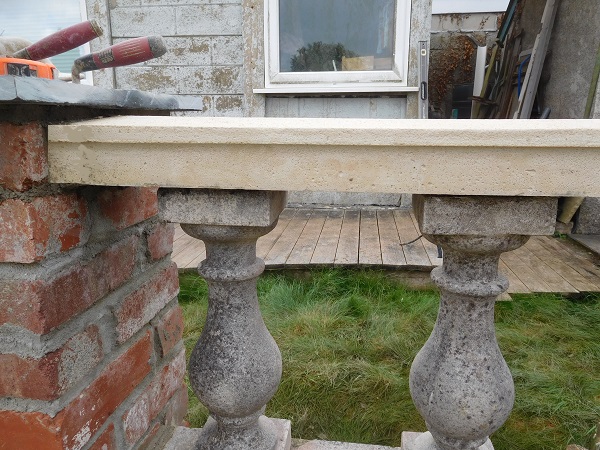 This was then fixed into place to finish off the coping. Although clean and new looking, it will, over time tone down to match the other copings. 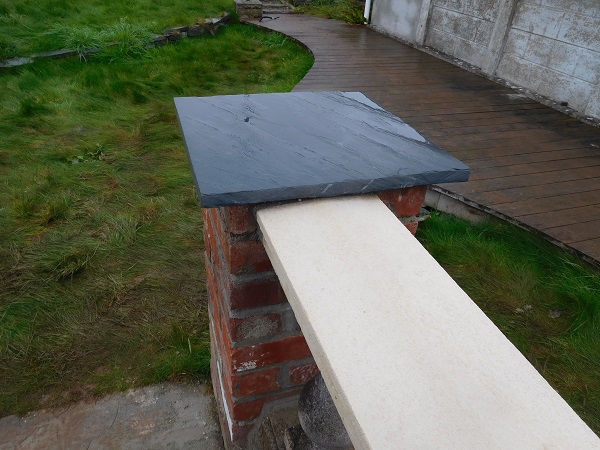 Slate piers caps were set on top of the brick piers. 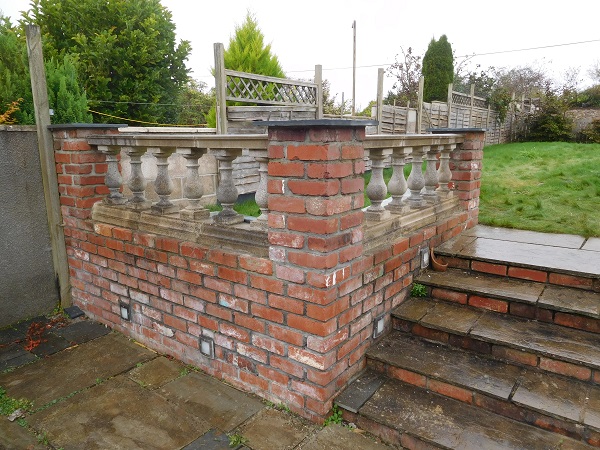 A baluster is a single post, and when several of these balusters are set in a row, it’s called a balustrade, or balustrading. They come in many architectural shapes and designs. The word comes from the French word balustre, the Italian word balaustro, from Latin balaustium and from Greek balaustion describing its shape. Its shape derived from the wild pomegranate flower. Balusters and balustrades first appeared between the 13th and 7th centuries B.C. and can be found in ancient bas-reliefs, sculptural murals depicting Assyrian palaces. But it was in the 14th century during the early Renaissance Period that balusters became architecturally prominent. We have also completely re-built a stone retaining wall at the rear of this property.