We were asked to construct a paved area to the rear garden of a mid-terraced house which was in badly need of a make-over. The house is situated in what was once the grounds to the old Burleigh Manor Estate in Plymouth, Devon. 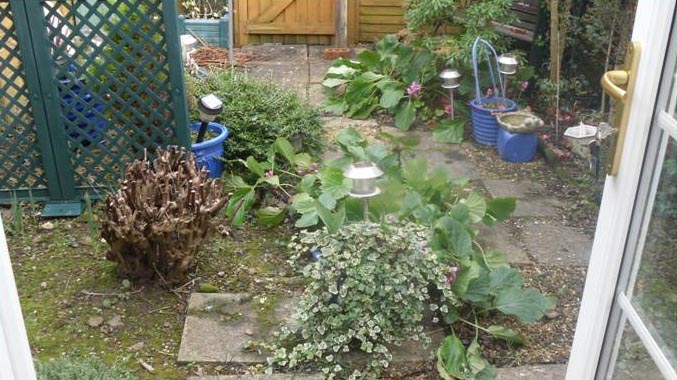 The garden was set out over two levels. New concrete edgings were laid along with a new step to accommodate the two levels. 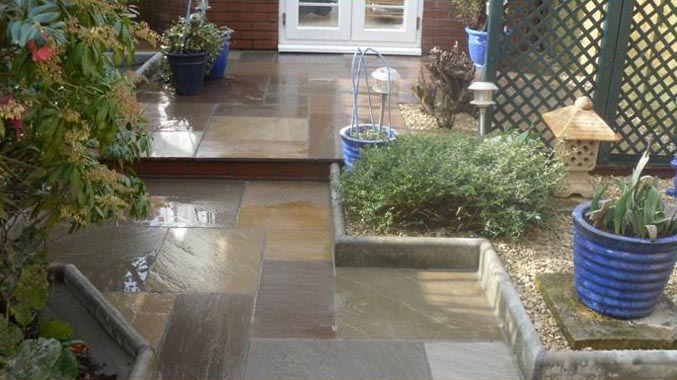 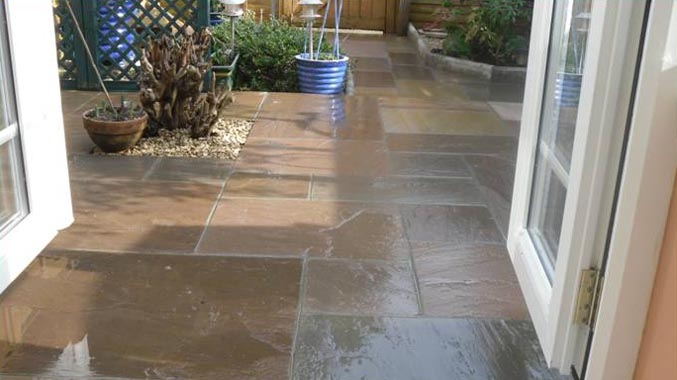 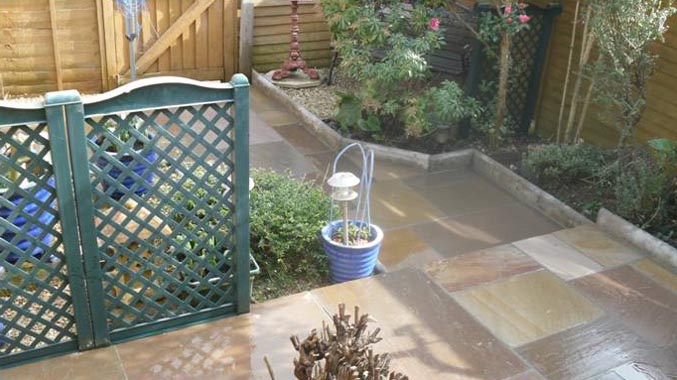 The area was prepared and Indian sandstone was agreed for the paving which was then laid down in a random pattern. 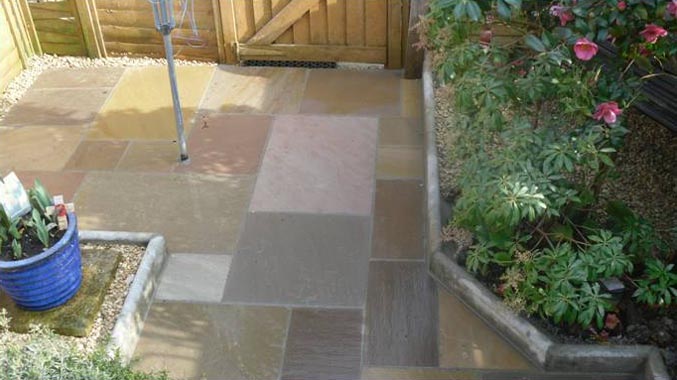 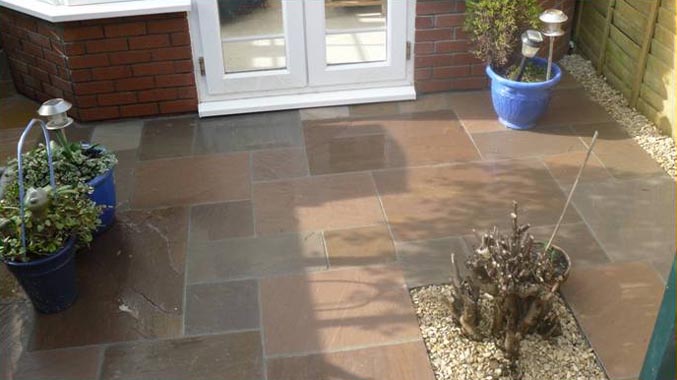 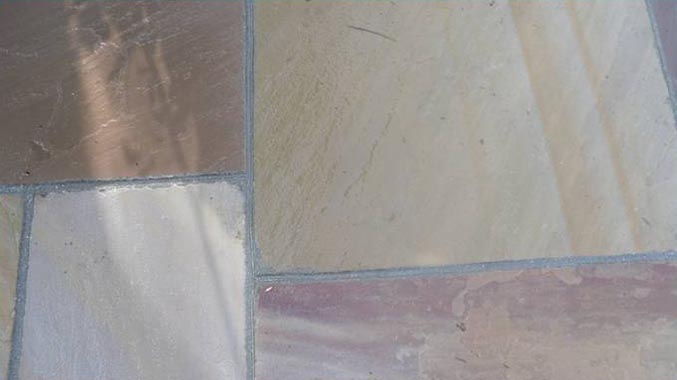 The Indian sandstone used for this project is called ‘buff-multi’.