The Bailiwick of Guernsey is a British Crown Dependancy in the English Channel off the coast of Normandy in France and forms part of the Channel Islands. St Saviour is one of ten parishes on the island. People from Saint Sauveux are traditionally nicknamed ‘Fouormillaons’ in Guernésiais which translates as ‘Ants’. 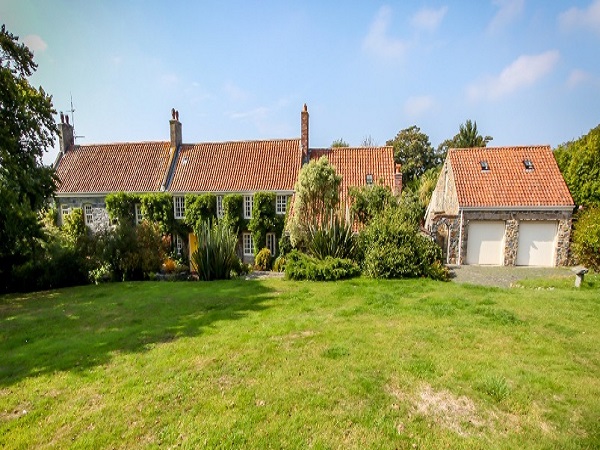 We were involved in the stonework for an extension to a large 16th century farmhouse in the parish of St. Saviour on the island of Guernsey. The stone used for the random rubble walling was a mixture of locally sourced reclaimed granite and diorite. 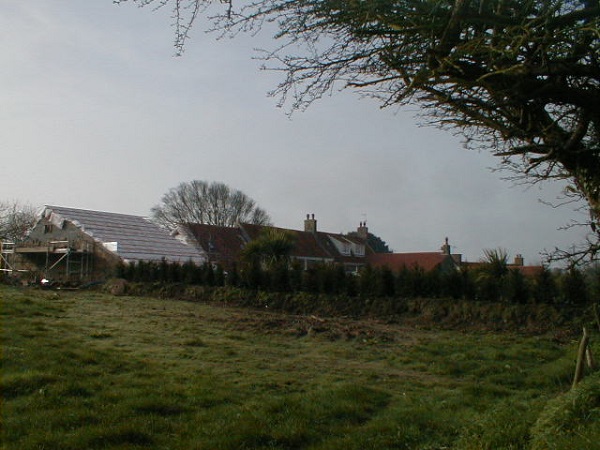 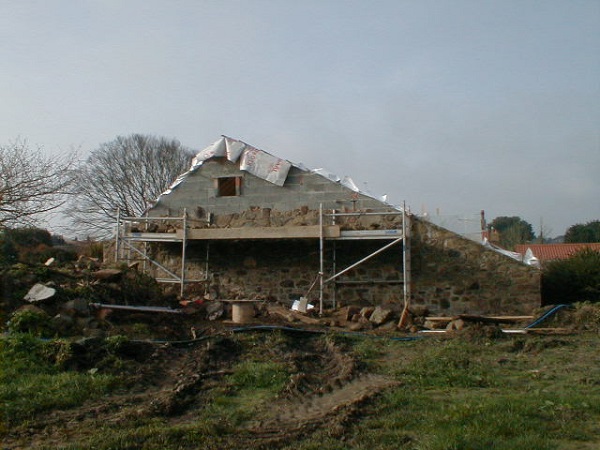 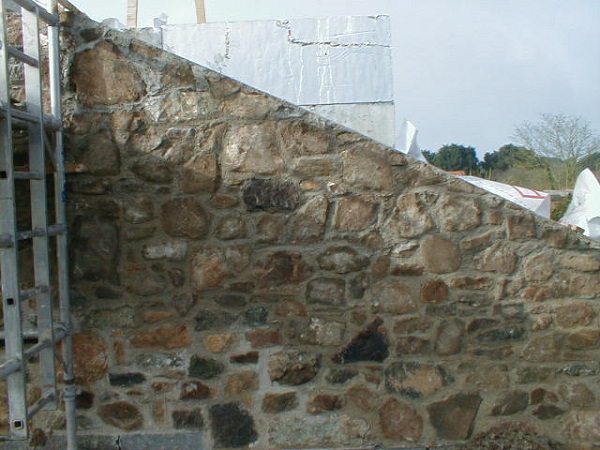 Additional works to the extension included the construction of a double garage with a gymnasium above. 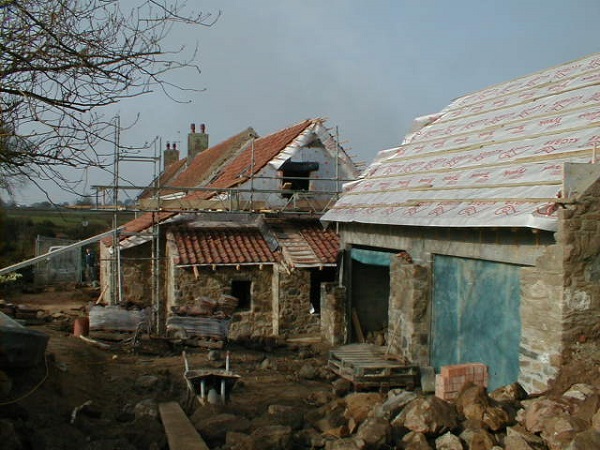 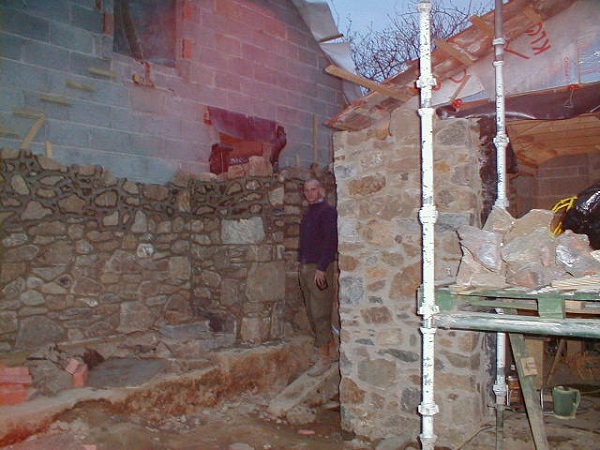 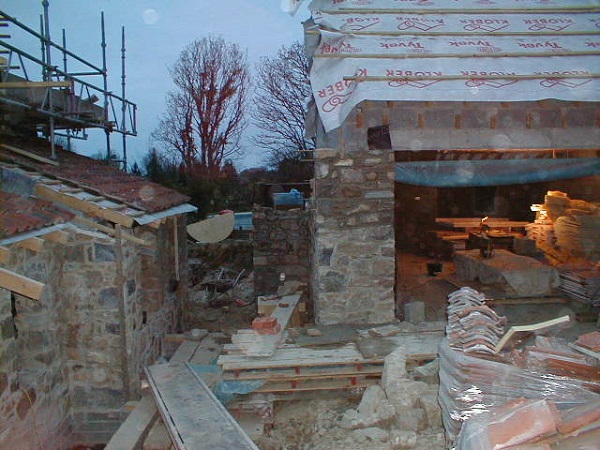 High up in the gable end of the garage elevation, a window was formed for the gymnasium complete with granite lintel and an ‘arrow slit’ style opening above that again, traditionally these slit type openings in older buildings were used for ventilation. 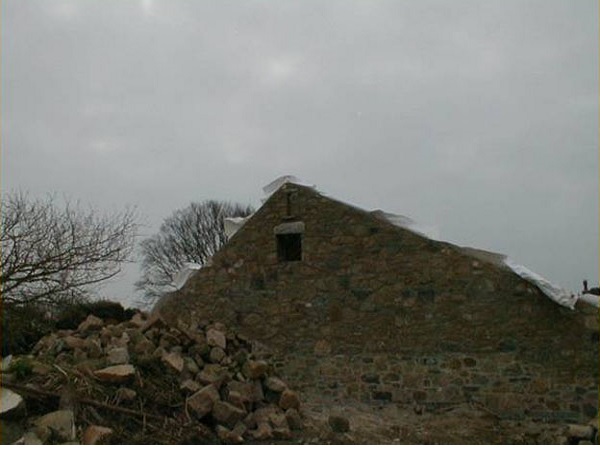 Many of the openings around the new extension had ‘three centred archs’. This means that the ‘intrados’, which is the underside edge of the arch, is sprung from three different centres. The arch stones, known as ‘voussoirs’ are shaped to form this detail. 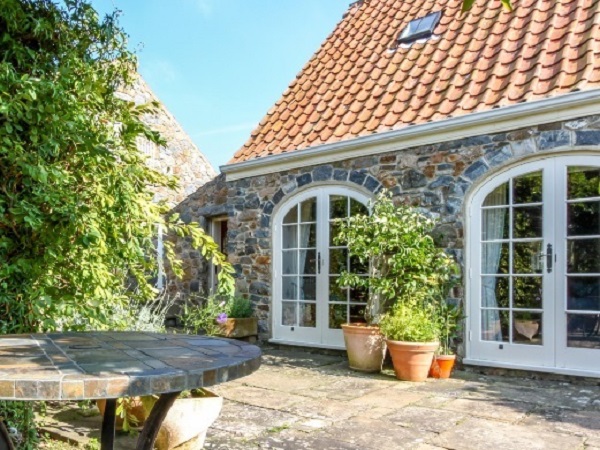 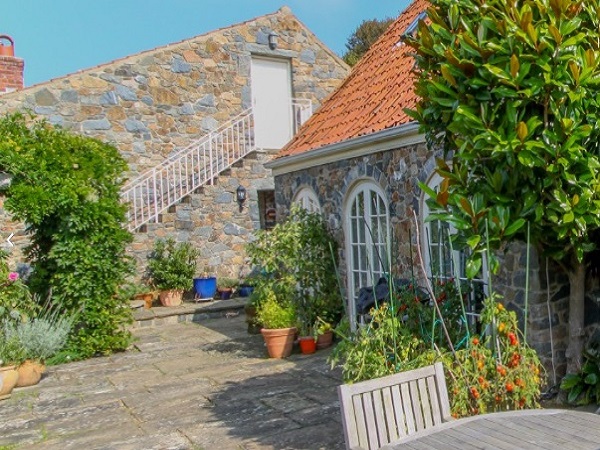 A flight of steps were built alongside the new garage to give access to the gymnasium above. 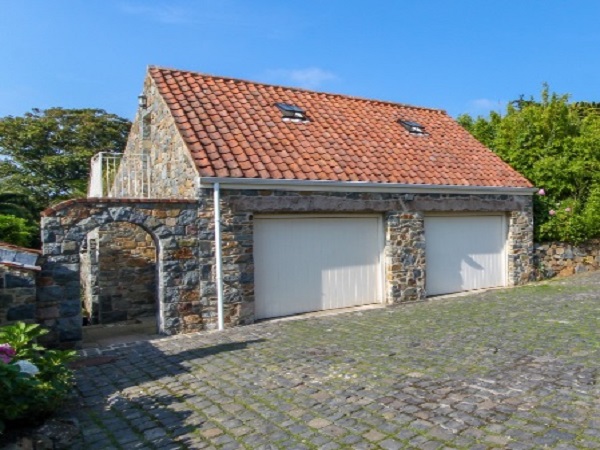 And some hefty lengths of rough hewn granite were used to go over the two door openings of the garage. Much of the stone quarried on Guernsey is either blue-grey Bordeaux Diorite, or red-brown Cobo Granite and many properties on the island are constructed in this stone. In geological terms diorite is similar to granite, igneous by nature, it is a relatively rare stone being found in only a dozen or so locations in the world, with Guernsey being one of them.