A small conservation project we carried out for the Radford & Hooe Lake Trust that involved paving using reclaimed granite setts, the building of some raised planters and some seating. 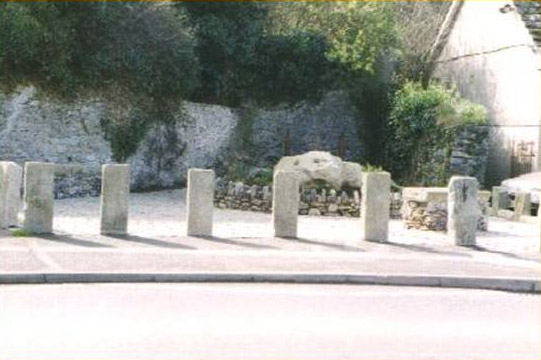 Shute Quay, although it’s approximately a hundred or so metres inland now, once stood on the shores of Hooe Lake. It was the original source of fresh spring water that supplied the village of Hooe during Medieval times which rises from a spring that forms an ancient waterway originating at Staddon Heights and still flows today, even in times of drought. 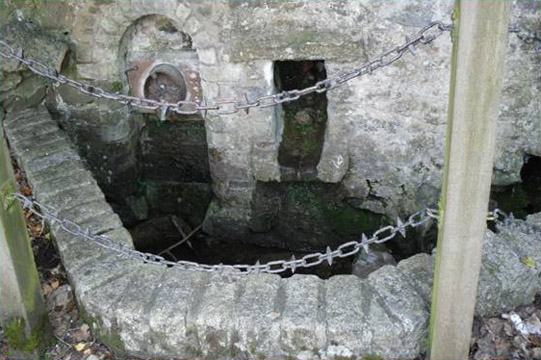 The spring flows from the outlet in the centre of the picture above, the ‘arched’ section to the left is a fairly recent addition and it’s where the local fire brigade once connected their hosepipes to incase of any fires in the area during the last century. We constructed a small retaining wall out of granite setts in front of the spring to create an area which caught the spring water and to give it some sense of depth before it headed off out to sea. 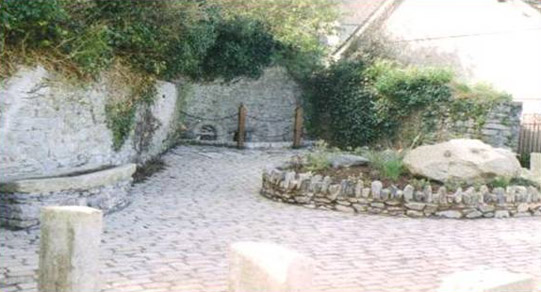 Special permission was granted by E.C.C. Quarries to open up the old quarry at nearby Radford for limestone which was used to build the raised planters and seats. We used a couple of old granite ‘gulley’ stones for the top of the seats as their concaved profiles made a perfect shape for sitting on. 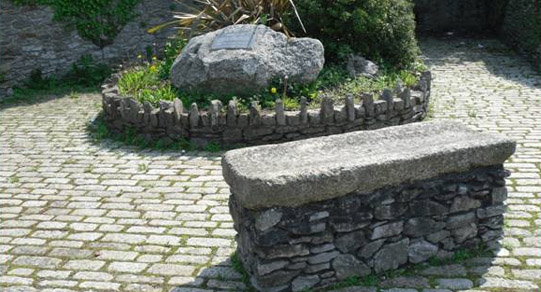 Once the seats and central raised planter were constructed, the whole area was prepared and paved using reclaimed granite setts. A large Dartmoor granite boulder was brought in and placed in the centre of the raised planter to which a plaque was fixed explaining a little history about Shute Quay and granite kerbstones were set in as upright posts to mark out the perimeter of the site. 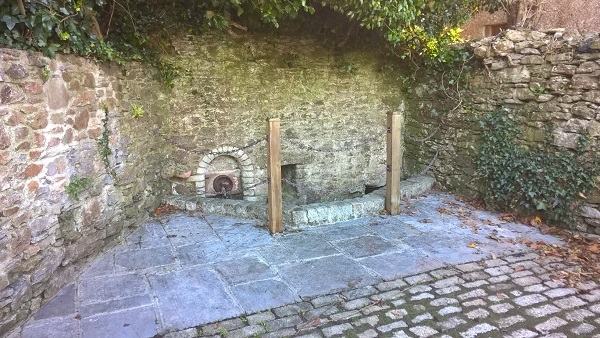 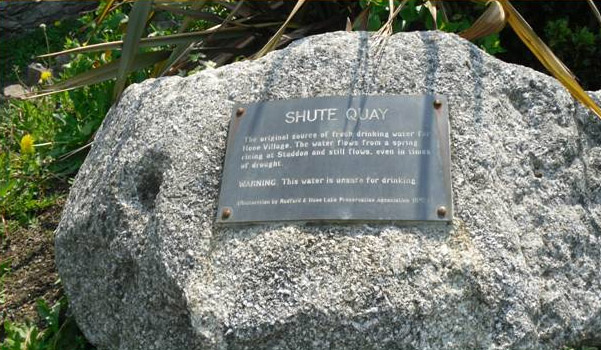 Just a few metres away lies the Grade II listed Hooe Barn. It is part 16th and part 17th century, and is one of only three remaining Elizabethan threshing barns in the country. It is all that remains of Hooe Barton Farm and St. Anne’s Chapel which was of course part of the original Hooe Manor complex and is mentioned in the Domesday Book. Historians believe that Sir Francis Drake may have visited the barn on one of his famous bootlegging missions.