Jefford’s Gate is an early 19th century monumental gateway. Cut and dressed from local Plymouth limestone, this structure once formed part of the boundary walls that enclosed the old coal and cement yards which operated here for many years on Lockyer’s Quay in Plymouth, Devon. 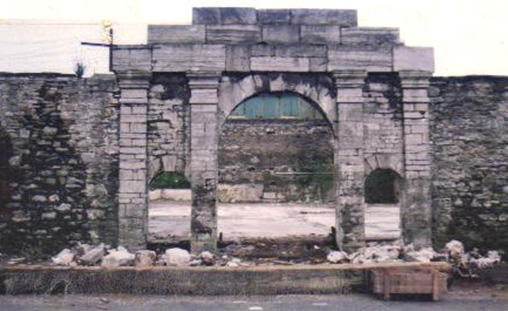 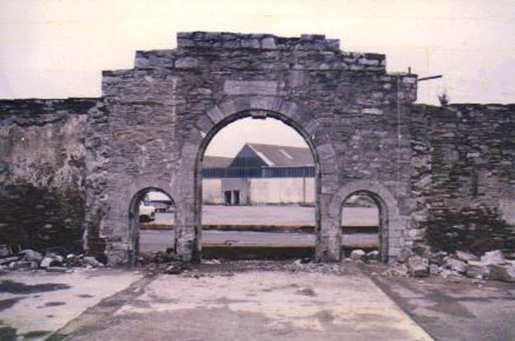 The two photographs above show both the front and the rear elevations of the arched gateway in its original position before it was taken down to make way for the new multi storey Barbican Car Park. Because it is protected by English Heritage, Plymouth City Council asked us to reconstruct the Grade II listed monumental gateway after the new car park was built. 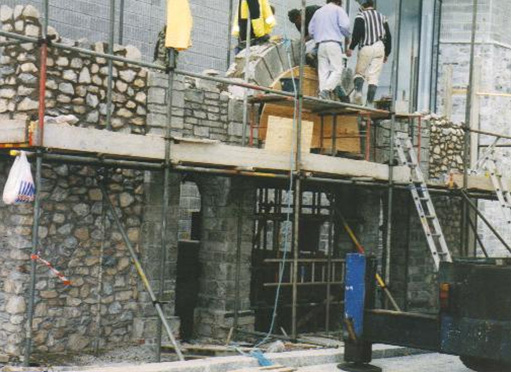 And here’s a picture of us forming the arch.

Once the piers were built up to the ‘springing line’ wooden turning pieces or formers were constructed to form the shape and carry the weight of the arch stones over the openings until the mortar had set. Due to the weight of these arch stones and the stones that sat above it to form the stepped pediment, the stones had to be lifted into position by means of a crane. Lewis pins are used to assist in the lifting. There are several different types of Lewis pins, but we used the type known as a ‘Split-pin Lewis’. 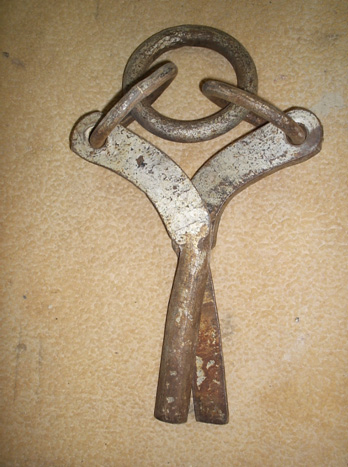 All Lewis pins work on the principle of inserting them into specially drilled or cut holes in the top of the stone being lifted. These holes must be dove-tailed shaped, and when inserted into these holes then strapped up to a lifting device, they utilise the weight of the stone to act on the long lever-arms which in turn results in a very high reaction force and friction where the short lever-arms make contact with the stone inside the seating holes and thereby prevents the stone from slipping. It also makes it easier as straps or ropes do not need to be used for the final lifting process which can prove difficult to remove from under heavy stones once they are in position and trying to remove the straps can also damage the edges of the stone. Always use straps when lifting stones and not rely on the Lewis pin alone. When the stone is above its position it is dropped down onto wooden battens, then the straps are removed and the Lewis pin is used to lift the stone slightly in order that the battens can be removed to finally set the stone in place on a mortar bed. When the stone is sited, the pins are simply pulled out. This method of lifting stone has been used by stonemasons for centuries and was certainly used by the Romans. The name ‘Lewis’ may come from the Latin ‘levo – avi, – atum’ meaning to ‘levitate‘ or ‘just lift‘. 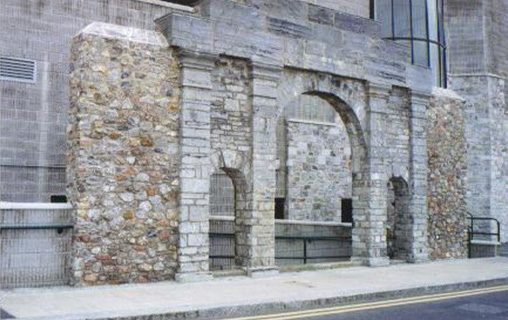 There is speculation that this originally was an entrance to a Napoleonic prison, although no historical proof is evident. The concrete raft foundations for the gateway go down about 4 metres and is sat upon what was once the original sea shore beneath. 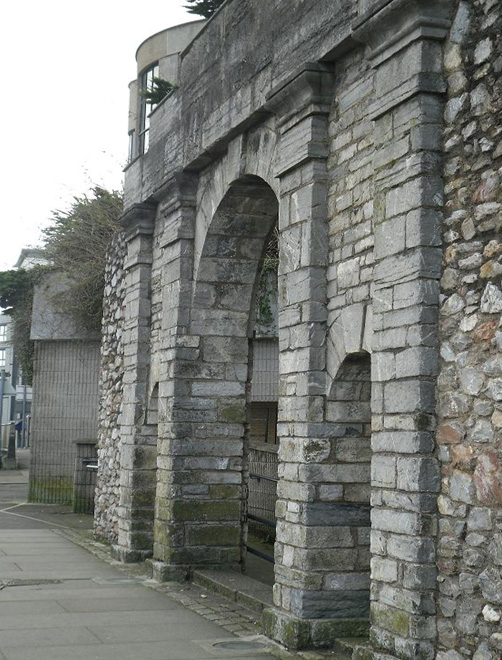 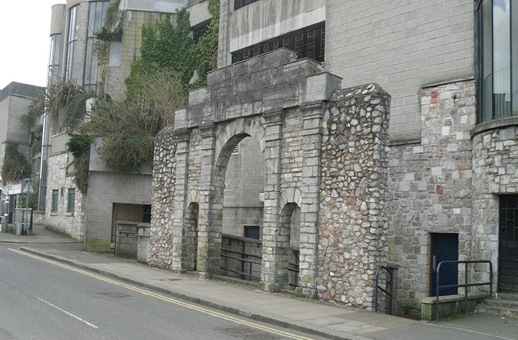 The random rubble flank walls either side of the gateway were constructed using new limestone from Moorcroft Quarry at Plymstock and a traditional lime mortar was used for the re-building of the whole gateway. It is quite possible that this is the third time this gateway has been built in its history. We were given a copy of the archeologists report and for those of you interested in the history of this gateway and the immediate area surrounding it, you can read a copy of it if you click here.