Hayes Raleigh is  a Grade II listed house situated in Lympstone, East Devon. Formerly known as Lympstone Rectory, it was remodelled in the 1700’s from a previous older house on the site. 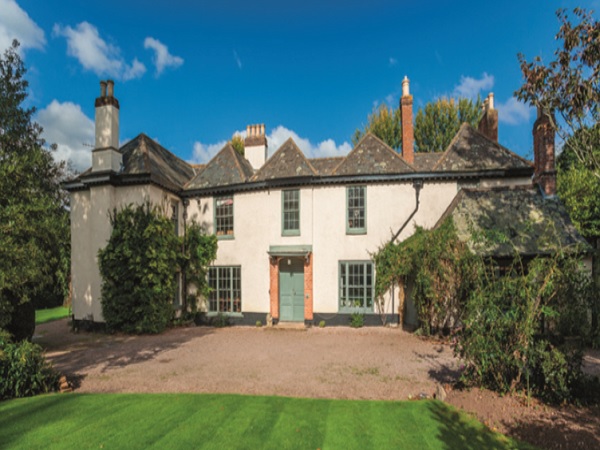 Part of the walling to the entrance way leading into the grounds was demolished due to a vehicle impact. 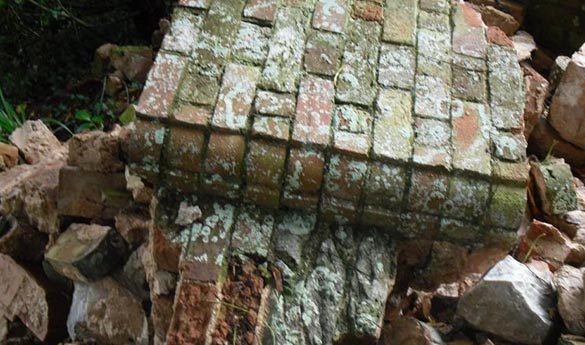 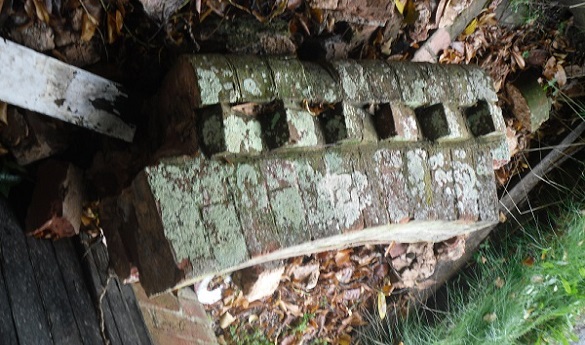 We were asked to clean up the bricks and stone for re-use and then re-build it back to its original state. 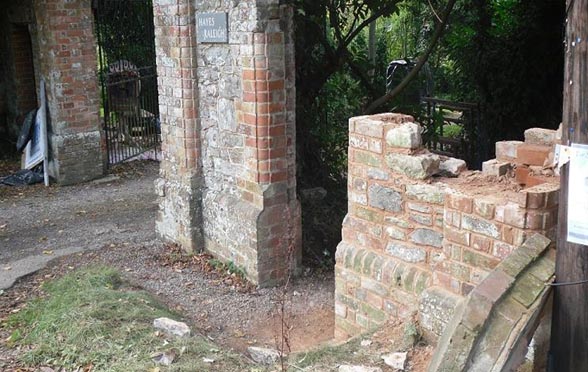 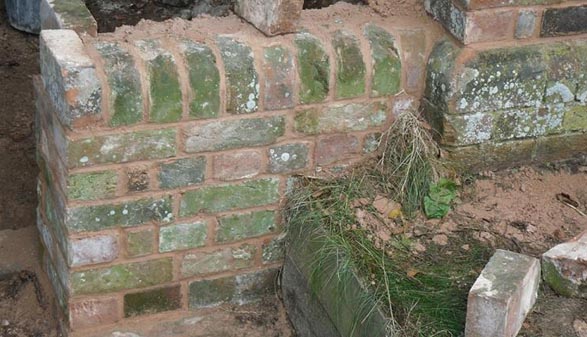 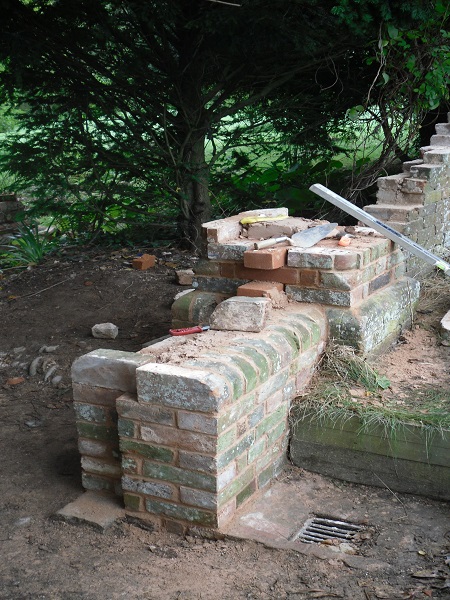 The mortar we used was natural hydraulic lime incorporating a local red sand which proved to be a good match for the original mortar. 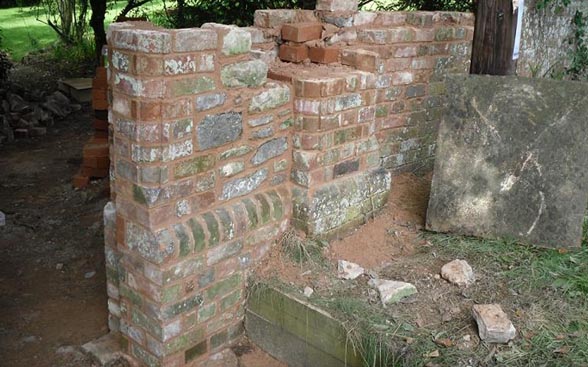 Once the gate opening was set out and up to its correct height, the archway was re-instated. 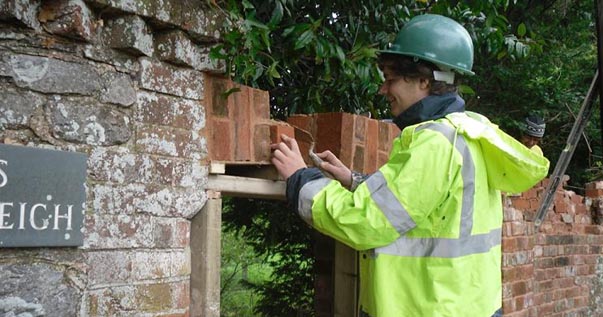 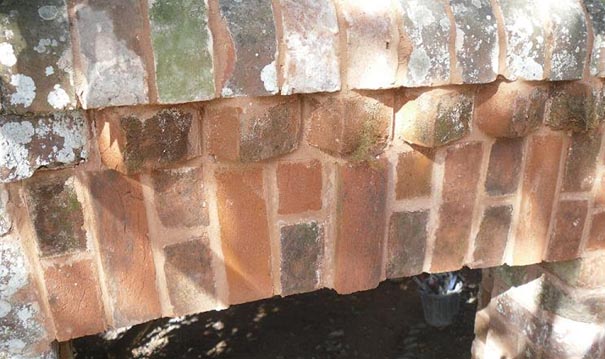 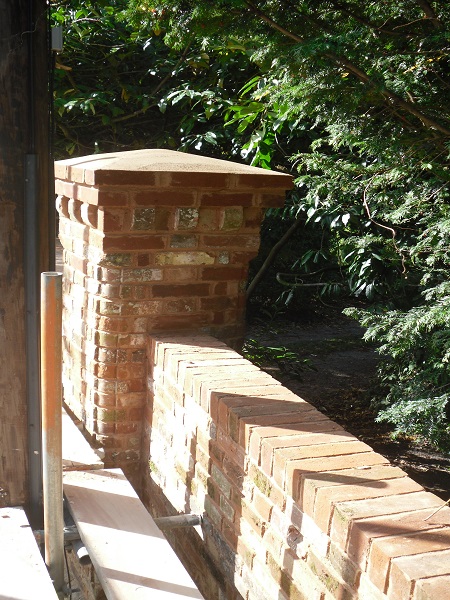 Because one of the gate piers remained on the opposite side of the entrance we had no difficulty in replicating the detail in the brickwork. 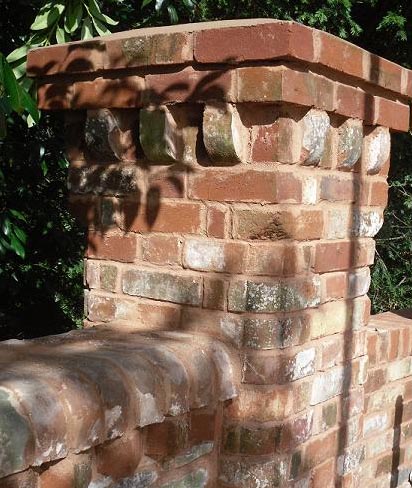 These garden walls were constructed during the Georgian Period and the bonding of brickwork used is known as Flemish bond, a decorative bond traditionally used for garden walls, each course consisting of alternating ‘headers’ and ‘stretchers’. Flemish bond was first used in England in 1631 but it only gained popularity in the late 18th century after which it became the dominant brickwork pattern for house building for over a century. Its name is a bit misleading as Flemish bond is not traditionally used in Flanders or even in nearby Holland. The original wooden gate was completely damaged during the vehicle impact, a new one was made up and put in its place along with a lamp post. 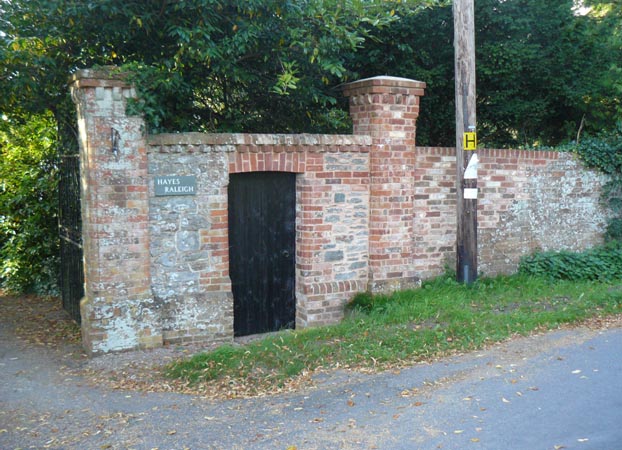 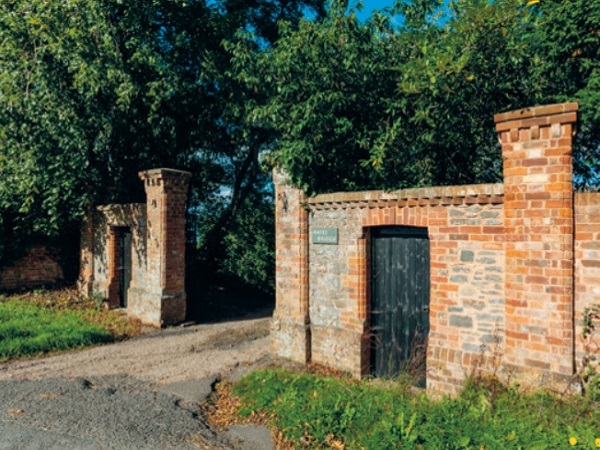 And that’s another brick in the wall.